The where, what and how of each major area...

The San Juan River is one of the most consistent rivers in the country for fly fishermen. The relatively constant temperatures from the lower reaches of Navajo Reservoir provide year round cold water with only minor temperature changes from month to month. These cold temperatures support year round Midge and annelid populations in the Quality Water and provide a fishery which can be successful 365 days a year. To be successful you should be prepared to fish Midges and annelids year round, as well as traditional mayfly Nymphs and duns more seasonally. Caddis are present in the lower quality water most years as well as golden stoneflies further downstream. The summer season generally brings traditional terrestrial patterns into the mix including beetle, ant and grasshopper imitations fished on top. Attractor patterns including Nymph, Egg, Dry Fly, Terrestrial and Streamers can be successful during most seasons. 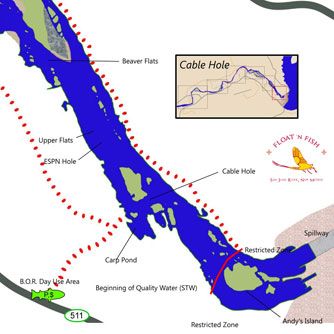 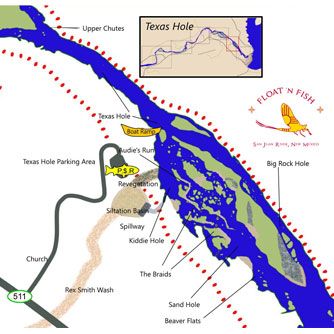 Beaver Flats to the Upper Chutes - the Texas Hole parking area is 3.8 miles upstream from the Hwy 173 / Hwy 511 intersection 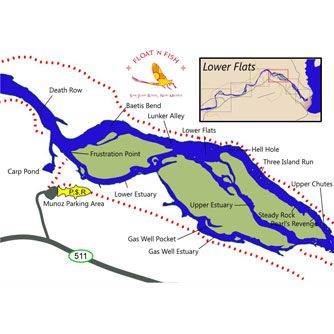 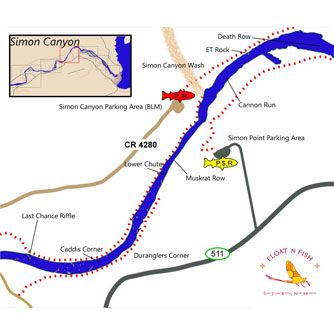 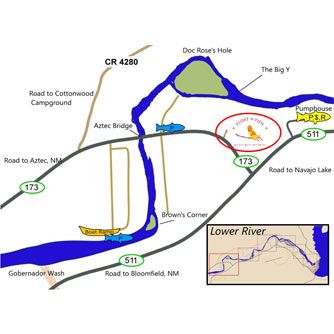 Please send us your ideas, bug reports and/or suggestions! Any feedback would be appreciated.